Declaring October to be the month of Lithuanian Diaspora, Vytautas Magnus University (VMU) has invited everyone to attend a series of events organized together with its partners.

VMU has maintained a close relationship with the scientific and artistic community of world Lithuanians for over three decades. Together with the Ministry of Foreign Affairs (MFA), Lithuanian World Community (LWC), and Association for Getting to Know World Lithuanians (AGKWL), VMU invites everyone to draw attention to the Lithuanian Diaspora: its history, the activities of its communities and Lithuanian schools, and studies offered at Vytautas Magnus University that are relevant to the youths of the Diaspora.

A series of events that combines the initiatives of VMU and its partners who are related to the topic of Lithuanian diaspora.

4th of October. Discussion: "Transformation in the learning environment: a non-Lithuanian-speaking student in the classroom"

This event was for the teachers of Lithuanian schools abroad and schools in Lithuania. The main topic of the event was how to create a teaching environment when it is necessary to integrate and teach a student who does not speak Lithuanian in the classroom. Under the discussion, the experience of practitioners was shared together with new opportunities for teaching and learning the Lithuanian language.

The event is coordinated by the Ministry of Foreign Affairs. The language of the event – Lithuanian.

The video of the event (in Lithuanian) is available here.

6th of October. The meeting with Victor Antonio Barzdzius

Meeting with an Argentinian-Lithuanian businessman and social activist Victor Antonio Barzdzius. During the meeting, the economy, entrepreneurship, practicality and everyday life of Lithuanians in Argentina were remembered.

The event was moderated by prof. Egidijus Aleksandravičius. 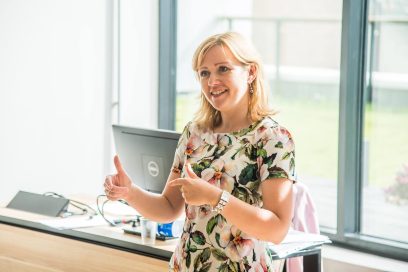 In the lecture, we discussed where the magic of the Lithuanian language lies. As scholars claim, it is one of the most ancient languages in the world; therefore, it has some interesting features and a unique vocabulary.

A flashback to history will briefly tell you the story of survival of the nation and language. Isn’t it surprising that we still use Lithuanian after many years of oppression? Finally, isn’t it magic that people of Lithuanian origin return to their grandparents’ or great-grandparents’ homeland in search of their roots, identity and language?

Of course, it is impossible to experience the magic of Lithuanian without some words and phrases, which we also learned during the meeting.

18th of October. The meeting with Lithuanian from South America Liudvikas Jakavičius

Liudvikas Jakavičius has born in Mexico, lived in Argentina and Spain, then moved to Lithuania. He currently lives in Kaunas, works in IT, studies art history and plans to open his own art gallery in Kaunas.

The event was moderated by historian Arūnas Antanaitis.

Rūstis Kamuntavičius is Phd., associate professor at History department and head of the Czesław Miłosz Center at Vytautas Magnus University. The Center is studying history, politics and culture of East-Central European states. Director of the Institute of the Grand Duchy of Lithuania, which organizes researches on history and legacy of the Grand Duchy of Lithuania, and acts as a promotor of the notion of common past among Lithuanians, Poles, Belarusians and Ukrainians.

During his academic career, he has interned in various scientific and research institutions of European countries (Italy, France, Switzerland, Hungary, Poland).

Language of the event - English.

26th of October. The Opening of Kazys Daugėla photo exhibition 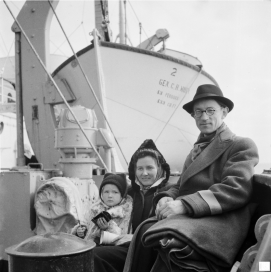 The biography of Kazys Daugėla, like the history of the 20th century world, is intriguing and dramatic. His creative legacy reflects the development of interwar Lithuanian photography but at the same time is diverse. What unites his works created in different circumstances? Perhaps - true love for the home country and the experience of a refugee and later an emigrant, which led to a constant longing for the homeland and its poetic idealization in photographs.

The exhibition is organized by VMU Lithuanian Emigration Institute.

Inspired by this tradition born in the Lithuanian American community in 1969, to commemorate the centennial of the University of Lithuania, in 2022 VMU invited representatives of Lithuanian and world Lithuanian scientific and creative communities to gather at the premises of Vytautas Magnus University, this time at the VMU World Lithuanian University Symposium. 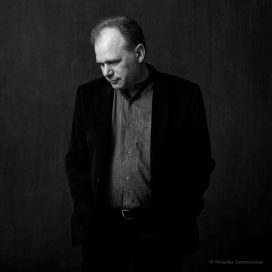 Born in Lithuania, Rimantas Vingras initially studied the piano at the Čiurlionis School of Arts, before graduating from the Moscow Conservatory and the College-Conservatory of Music at University of Cincinnati, USA.  He is a pianist of great emotional power and expressiveness whose career has embraced solo and chamber music performance; he also has a depth of experience in the field of accompaniment. Rimantas has given solo performances in China, Germany, Japan, Lithuania, Russia, Switzerland, United Kingdom, Lithuania and the USA. As a soloist, he has performed with the London Mozart players as well as the Chamber Orchestra of the Lithuanian Academy of Music. Rimantas has also given numerous chamber music recitals, participating in various festivals in Lithuania, USA and the United Kingdom.

Ever since 1989, VMU has operated and has been recognized as the university of the Diaspora. Almost every one of its faculties has established close relations with the scientists and artists of the Lithuanian Diaspora and has implemented projects that were a result of joint efforts by Lithuanian and Diaspora scientists.